In a career spanning over two decades, he has gained experience in all phases of criminal and civil investigations, discovery, trial, and appeals.

Building on a Foundation of Government Service

For 11 years, Ben Vernia represented the United States at the Department of Justice. From 1994 to 2002, as a Trial Attorney in the Fraud Section of the Department's Civil Division, he personally directed dozens of fraud investigations. These suits - many brought under the False Claims Act by qui tam whistleblowers - included health care, defense procurement, foreign bribery, energy, and transportation fraud allegations.

From 2002 to 2005, Ben served as a prosecutor in the Department’s Criminal Division, where he investigated, indicted and tried complex Internet crimes involving entities engaging in child exploitation. These cases featured multiple targets, money laundering, RICO and tax fraud charges, as well as the search, seizure, and analysis of Internet and computer-based evidence.

The Department recognized Ben’s ingenuity and experience in these areas by selecting him to teach federal prosecutors and agents at the Department of Justice's National Advocacy Center in Columbia, South Carolina. He has also taught cybercrime law and investigations to the Federal Bureau of Investigation, Interpol, and the Organization of American States.

In Private Practice, a Commitment to Clients

In 2005, Ben entered private practice, representing individuals and corporations at Covington & Burling LLP in Washington. While at Covington, he defended dozens of corporations and individuals in government investigations - including the largest False Claims Act case in history - and began an ongoing four-year pro bono battle to free a young Mississippi father from a wrongful homicide conviction.

In 2009, he started the Vernia Law Firm, where he continues to bring his insight and practical experience to use serving clients facing government investigations, and whistleblowers under federal and state qui tam statutes, including the False Claims Act. That same year, Ben launched www.falseclaimscounsel.com, the leading and most timely legal blog covering developments in the False Claims Act and related statutes.

United States Department of Justice John Marshall Award One of the Department's highest awards, for his prosecution of two complex tax fraud and racketeering enterprises in Texas. 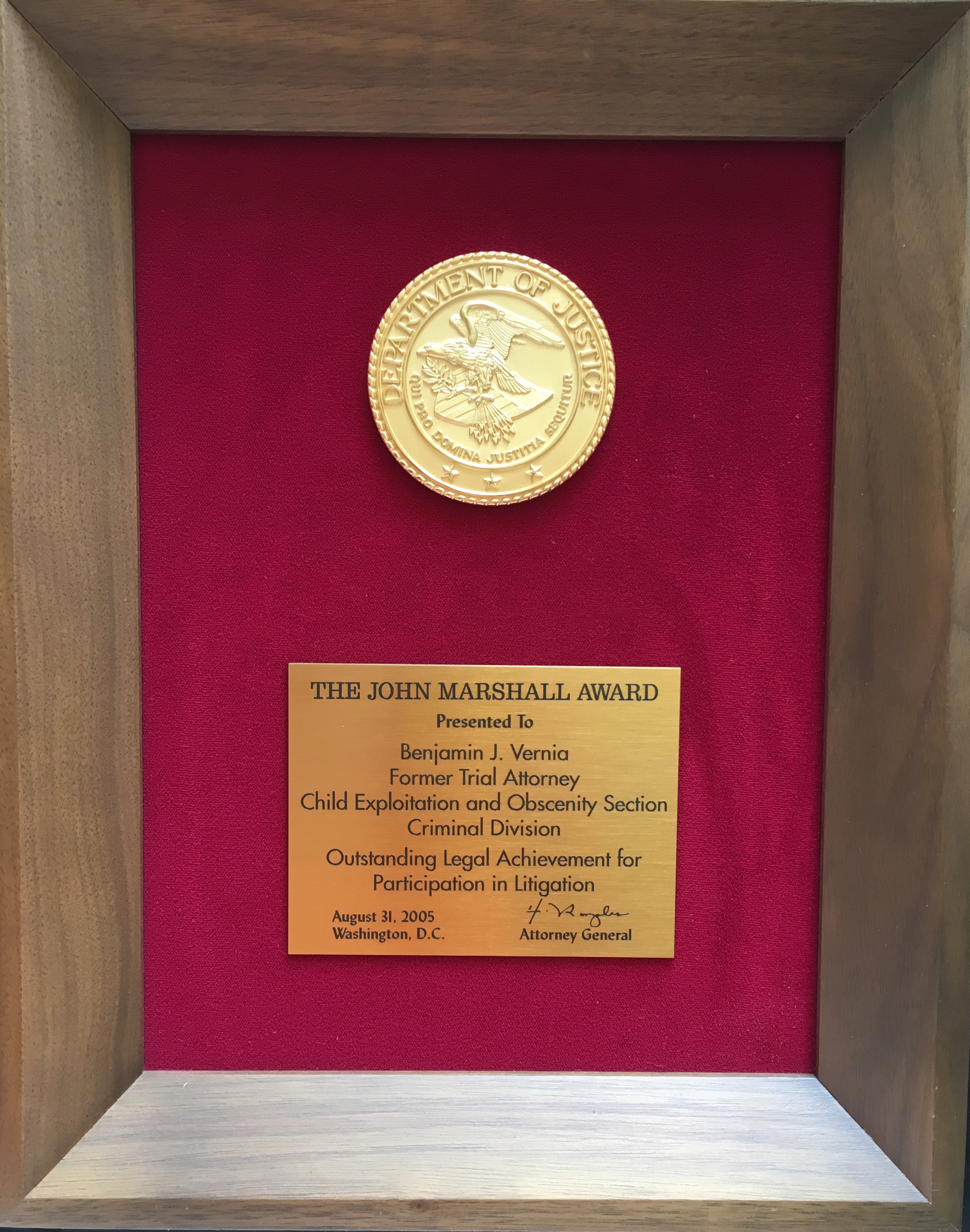 National Center for Missing and Exploited Children National Exploited Children’s Award Ben accepted this award on behalf of the Child Exploitation and Obscenity Section of the Department of Justice, for his work on Operation Falcon of the Department of Homeland Security. This task force dismantled a multimillion-dollar Internet-based commercial child pornography and money laundering enterprise, arrested and convicted nine individuals and a corporation, and distributed evidence which led to the arrest of over 1500 child pornography customers worldwide. 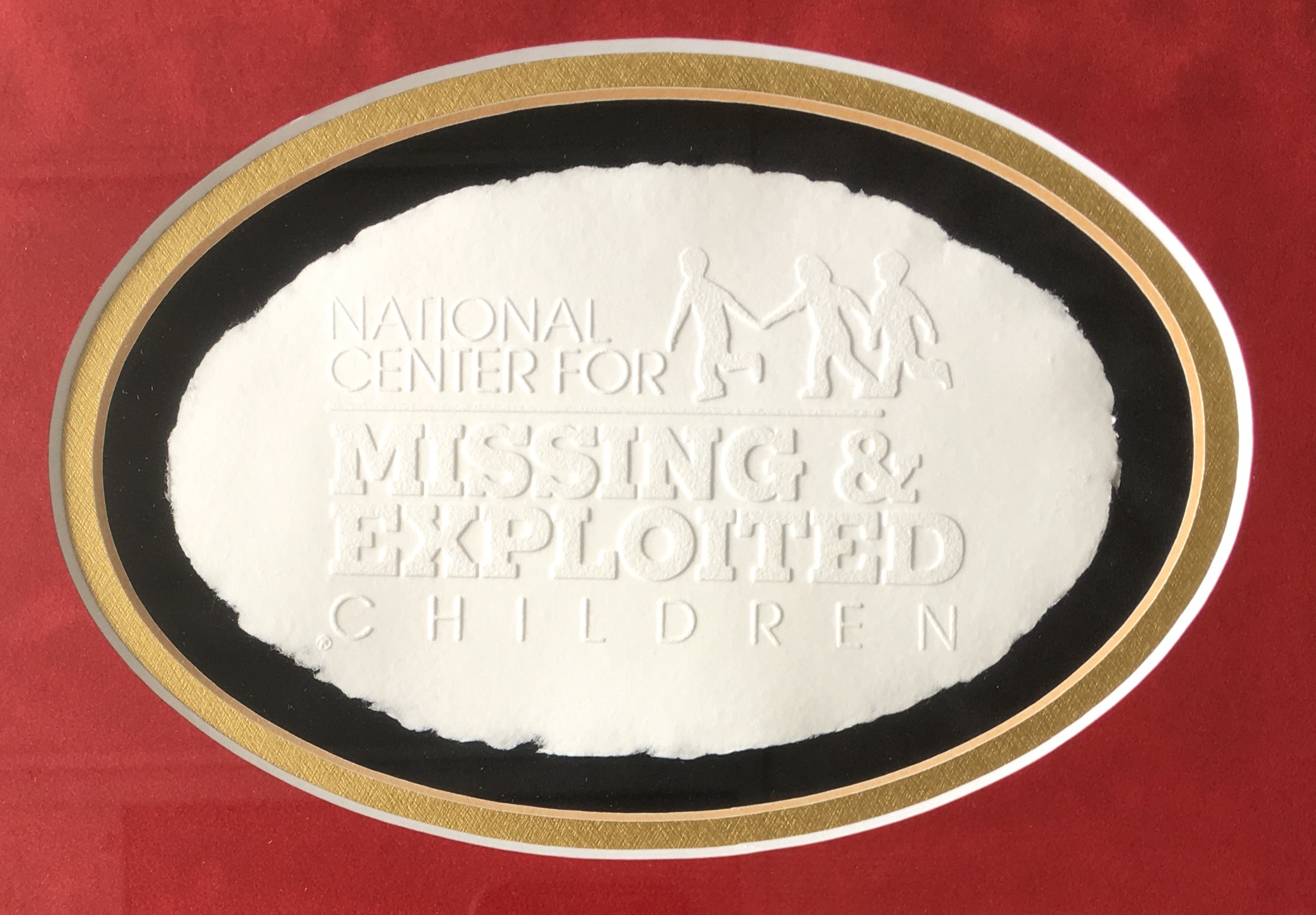 Ben has handled hundreds of matters for individual and corporate clients. Among the most notable:

Pharmaceutical companies in the investigation and defense of over a dozen False Claims Act qui tam suits and related criminal investigations.
The CEO of one of the world's largest banks, in testimony before the House Oversight and Government Reform Committee.
Three ambulance companies in defending an unusual "reverse" False Claims Act suit by the federal government.
A construction executive who testified against a defendant in an extortion trial, in the successful defense of a suspension and proposed debarment by the Department of Transportation.
Pharmaceutical and medical device companies in the negotiation and implementation of Corporate Integrity Agreements.
A university under investigation for alleged violations of federal anticorruption laws.